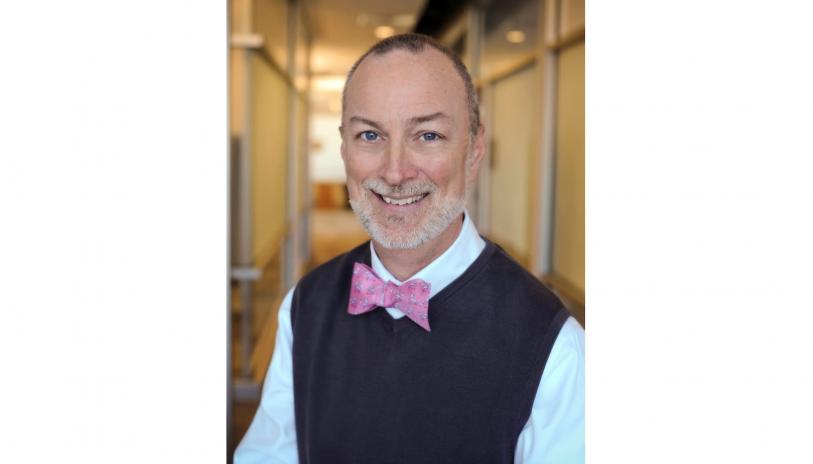 TAMPA, Fla. and ORLANDO, Fla. (Oct. 6, 2020) — Moffitt Cancer Center  and AdventHealth have announced a new milestone in their partnership. The two institutions are working together to establish AdventHealth as a consortium partner within Moffitt’s National Cancer Institute (NCI) Cancer Center Support Grant — a grant that signifies NCI Comprehensive Cancer Center designation. This partnership is the first in Moffitt’s history to include the full scope of the cancer center’s research enterprise — basic, clinical, population, translational and quantitative science.

As both institutions work collaboratively toward this goal, Steven R. Smith, M.D., has been appointed to the critical role of Associate Center Director, AdventHealth – Moffitt Cancer Center Partnership. This is a joint appointment at Moffitt, and Smith will continue to serve as senior vice president and chief scientific officer of AdventHealth Research Institute. His primary focus will be to establish and execute the research direction of the AdventHealth Cancer Institute in synergy with Moffitt, advance scientific goals and research oversight, and collaboratively lead and shape the shared vision and creation of this new research consortium.

“Recognition as an NCI consortium will strengthen science at both institutions and provide cancer patients across Florida with increased access to cutting edge treatments, personalized medicine and innovation,” said John Cleveland, Ph.D., executive vice president and center director at Moffitt. “It will also provide the opportunity to expand Moffitt’s impact across the state.”

NCI designation is the gold standard for cancer research and positively influences clinical care. It’s bestowed upon the nation’s top institutions in recognition of innovative and impactful science, interdisciplinary research, education and training, and the ability to translate discoveries into patient care. Moffitt has partnered with AdventHealth to establish a research consortium that both institutions hope will be recognized by the NCI in 2026.

“Our relationship with Moffitt Cancer Center has expanded our patients’ access to leading-edge research, clinical trials and promising new treatments,” said Daryl Tol, president & CEO of AdventHealth’s Central Florida Division. “Dr. Smith’s appointment to this key role will accelerate that relationship, and we’re excited for what the future holds as we move toward becoming an NCI-designated consortium partner through Moffitt’s NCI Cancer Center Support Grant.”

Moffitt  is dedicated to one lifesaving mission: to contribute to the prevention and cure of cancer. The Tampa-based facility is one of only 51 National Cancer Institute-designated Comprehensive Cancer Centers, a distinction that recognizes Moffitt’s scientific excellence, multidisciplinary research, and robust training and education. Moffitt is the No. 11 cancer hospital and has been nationally ranked by U.S. News & World Report  since 1999. Moffitt’s expert nursing staff is recognized by the American Nurses Credentialing Center with Magnet® status, its highest distinction. With more than 7,000 team members, Moffitt has an economic impact in the state of $2.4 billion. For more information, call 1-888-MOFFITT ( Call1-888-663-3488), visit MOFFITT.org, and follow the momentum on Facebook, Twitter, Instagramand YouTube.

About the AdventHealth Central Florida Division:

AdventHealth Orlando — the division’s flagship campus — boasts nationally and internally recognized programs, and serves as a major tertiary referral hospital for much of the Southeast, the Caribbean and Latin America. The organization has an expansive research portfolio with more than 500 clinical trials in progress.

AdventHealth has a deep commitment to serving the community and has a local financial impact of more than $1 billion annually. The organization and its employees are responsible for nearly 20 percent of Central Florida’s economy.